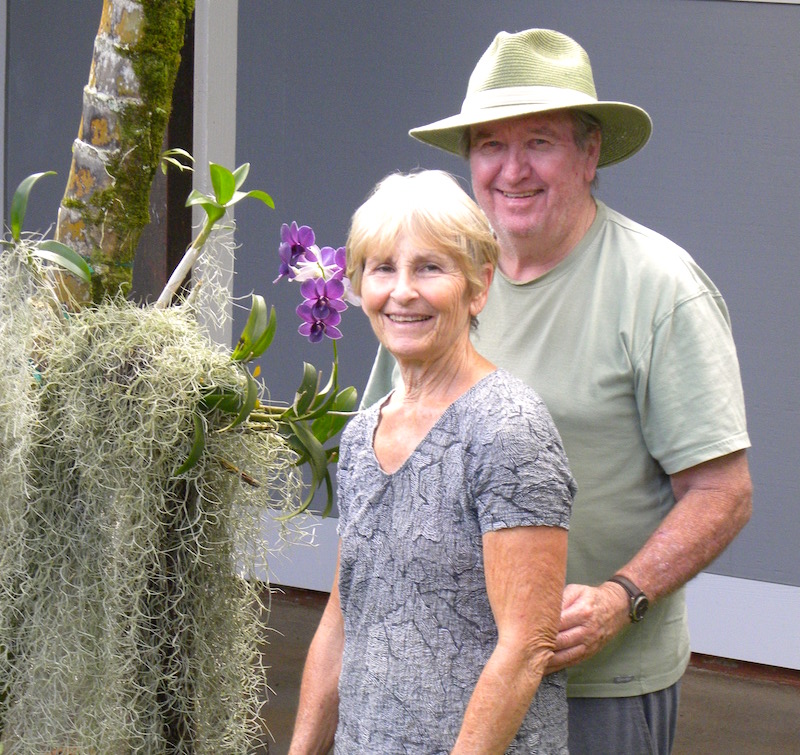 We are John & Lorna Hoff, the owners of the Kauai Banyan Inn, a Kauai bed and breakfast Inn located a few minutes from sunny Poipu Beach.  The Hoff  “Hawaiian” adventure/experience began in 1963.  After graduating from college John joined the Peace Corps and was assigned to serve in the Philippines.  Peace Corp training took place in Hilo, Hawaii, which was his first experience with the Islands of Aloha.

When he returned from the Philippines he felt a desire to return to the Islands while working with his brother and father in construction.   An opportunity was afforded John to return to Hawaii around the time pineapple companies were closing operations on Kauai.  With a good portion of Kauai’s major economic activities being shut down, purchase of land in the late 60’s and early 70’s was attainable.  Our combined efforts in purchasing the Kauai Banyan Inn property began in 1970 with a simple letter to one of the owners of the 10.5-acre parcel.  An old banyan tree (thought to be hundreds of years old) “watched” over the property amidst weeds, junk cars, and overgrown hau bush.

Years in the Making

It took 13 years of effort and patience in purchasing the entire property and in 1983 we attained complete ownership.  We have lived on the property since 1976 starting out in an old plantation cottage we enlarged and remodeled.  When it burned down we built another small home and then subdivided the property to put in the long driveway into the back portion of the property.

We designed and built our home in 1989 with an “old Hawaii” essence to capture the incredible view of Black Mountain and the Pacific ocean beyond.  As our children became young adults and went off to college, every summer or Christmas vacation they would return with their friends.  No one ever wanted to leave.  In fact, after college, all the children eventually came back home, married, started families and built homes on the property.

A Natural Transition to a Bed & Breakfast Inn

Having been in the hospitality business for 40 years and enjoying talking with guests and sharing the beautiful Island with them,  we felt the house and setting so special it should be shared, thus the creation of Kauai Banyan Inn.

All in the Family

The Kauai Banyan Inn is a family operation, with daughter-in-laws helping us with the daily operations and our sons and grandsons help with the landscape and property maintenance.

Sustainability is Important to Us

Since 2018, Kauai Banyan Inn is “powered by the sun” with a complete solar system installation, furthering our goal of energy efficiency and sustainability.  We have also been recognized by the National Wildlife Federation as a certified Wildlife Habitat because of our planning, landscape and sustainable gardening practices which support wildlife in finding quality habitat (food, water, cover) and places to raise their young.

Kauai Banyan Inn has been a labor of love for our family for many years.  We look forward to welcoming you with Aloha to this very special place in paradise! 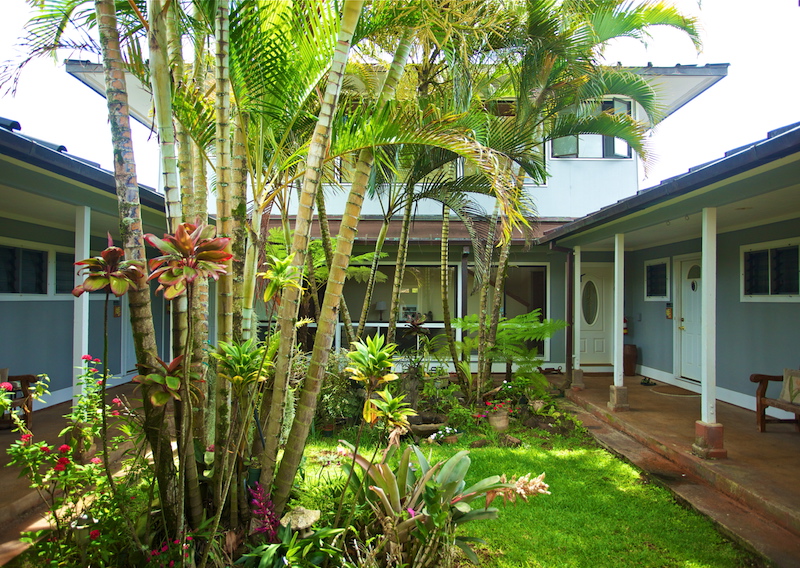 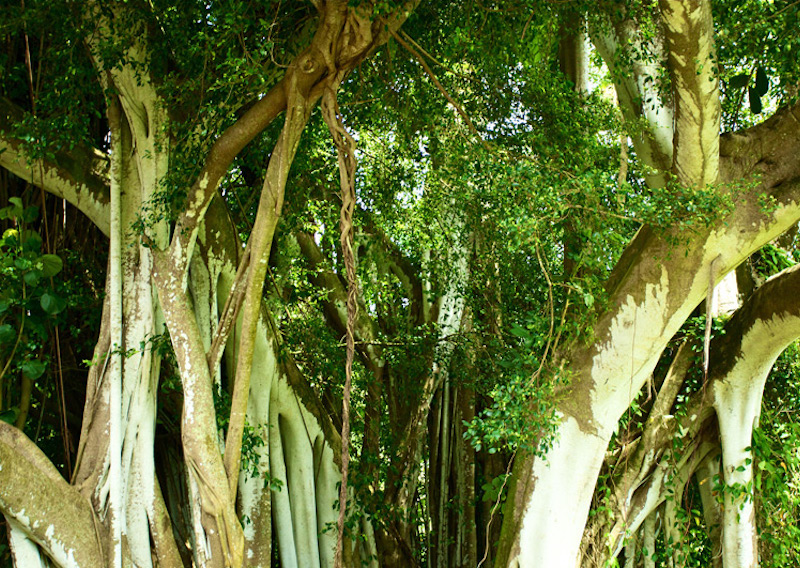